Brad Kidd ("Kid" in the anime) is a American man and the founder of a detective firm. He also appears as a recurring joke character, being something of a Jack of all trades though he has occasionally had a hand in helping Kazuma Azuma and company, whether directly or indirectly.

Kid first appeared during a flashback/bread reaction by Ryou Kuroyanagi. There, Ryou decremented about his days at Harvard University and recalled Kid. during their days at high school. Kid was an older classmate and Ryou's best friend. Others used to make fun of Ryou for being an overachiever, because he skipped so many grades (he ended up graduating from a Harvard program at 19). Kid told him not to worry about guys like that, that they were jealous that they couldn't compare to Ryou's genius. Kid stood up for Ryou and helped him fight off bullies, taught him how to flirt with women, as well as happily listening to his complains.
According to Ryou, Kid also did a lot of other things for him, which included:

The truth behind these claims is debatable, however; even Kid (during the flashback) mentioned he did none of these other things.

Despite later failing out of Harvard (again), Kid went on to become the head of an investigative company in America.

He has also helped Kazuma and company in a couple of different ways: 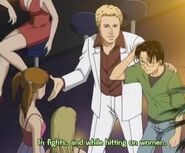 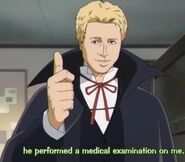 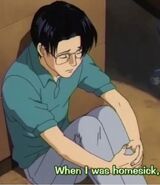 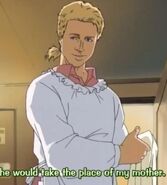 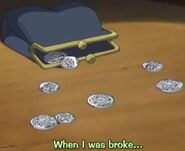 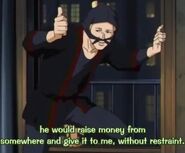 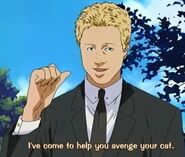 Add a photo to this gallery
Retrieved from "https://yakitate.fandom.com/wiki/Brad_Kidd?oldid=6539"
Community content is available under CC-BY-SA unless otherwise noted.