Kyousuke Kawachi is a baker and Kazuma Azuma's coworker and sidekick.

Kyousuke Kawachi is Kazuma's coworker and sidekick, from the Kansai area. Initially, Kawachi's knowledge is superior to Azuma's, but as the story develops he becomes the fall guy and comedic relief with jokes focused on his incessant cry of "What was that?!" (lit. "Nanyate?!") and numerous outrageous reactions/illusions in every chapter.

He considers Azuma to be his rival, but the two develop a dynamic that is more like an older and younger brother, Kawachi being more experienced than Azuma in the world beyond bread initially, but gradually changed to one with Azuma knowing lots of knowledge while Kawachi can only act surprised.

With Tsukino's help, he obtained the Solar Gauntlets developed through physical training. He is somewhat lazy and perverted, but at desperate times he focuses his effort to create exceptional bread.

On one such occasion, he fulfilled the dream of his late father, a diligent but untalented baker, who wanted to make a white bread that was healthy, delicious, and could be eaten everyday.

An interesting note about Kawachi is his hairstyle changing constantly from being the victim of others' antics or caught up in reactions. Quite possibly the anime character with the most hairstyle changes throughout the entire series (a total of 3 for his real hair, as well as a huge assortment of wigs during his bald hairstyle, not to mention quite numerous separate hairstyle during reactions).

In the manga, he also went through a lot of shape changes, ranging from a Russian doll to a mixture of food ingredient, down into even a very slimy mashed potato mixture. He is teased by everyone because of either his hairstyle or his intelligence.

At times, even Azuma and Kanmuri tease him. He had a terrible inferiority complex to Azuma in the beginning of the series, but he gets over it, noticing that he is a good baker, and being content with the third place title he shares with Suwabara, while the latter is very disappointed at this.

He also has a habit of creating word puns during every bread reaction and how they are connected. One example is Kai's Pan D' Oro in which Pierrot's reaction is locking himself in a box (which is an obvious pun on Pandora's Box).

The most disappointing fate is Kyosuke currently stuck in his Dhalsim form, after eating one of Kazuma's ultimate bread and saving the world second time 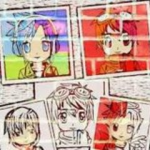 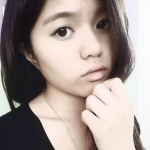 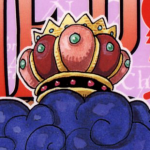 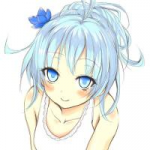