King of Monaco
Queen of Monaco
Bolneze Pierrot (Bolneze the Clown or later revealed to be Prince Leol of Monaco) is the judge involved in the Monaco Cup. He was previously a professional clown in Quedam Circus, hence his consistently strange attire (although his hair is naturally white). However, as "it's too much of a pain to put on make-up every time", he had his face surgically modified to what it is currently. No evidence is given as to whether or not he still performs in the circus as a clown.

His name's pronounced "Pierrot Bolneze" in Japanese since the surnames precede first names. His friends (such as the ring master) refer to him as Bolneze, whereas people trying to act respectful (like Kazuma) call him Pierrot or Mr. Pierrot (Pierrot-san). In the manga, however, Kazuma developed a habit calling him "Pierrot-oniisan". Like Ryou, Bolneze is 22 years old and gets offended when Kazuma calls him an old man ("occhan").

Whenever he eats some of the Japanese team's bread, his 'reactions' take the form of long stories of his past, which always end with a pun, giving an indication of the outcome/his opinion.

He was found as a "lost item" in the Quedam Circus. The ringmaster Don decided to keep him. When it came to naming the lost baby, since the current clown performer had found him, he said "Pierrot" first (which, in Japanese convention, the last name comes first) and for a first name, "Bolneze" was a clothing design company that created clown costumes.

He became a successful clown, and their circus toured many countries. While they weren't always an instant success, Bolneze's efforts always pulled through eventually.

It is later revealed that Bolneze is the son of the King and Queen of Monaco. The Queen died after giving birth to him, and then the King decided, instead of the tradition whereby the heirs of the royal family are sent at a young age to middle-class families in order to learn the struggle of civilians, to give his son temporarily away at birth. His adopted parents were actually evil: they took off with the baby and the money. When they learned they were in pursuit, they both committed suicide, but the baby was nowhere to be found. This is when he is discovered in the circus, left behind, and taken in by the ringmaster, Don.

Bolneze has no idea who his parents are. They are in fact the King and Queen of Monaco (although his mother died, giving birth to him). During the 2nd match of the Monaco Cup Finals (Kawachi's match), Bolneze is stabbed in the back (seemingly by one of the audience). However, being a clown, he jokes about it and is able to produce a 3-hour-long reaction (or life-story)  after tasting Kawachi's bread. No one believes anything's really wrong; Pierrot likes to play jokes, after all.

Nevertheless, he starts to bleed more heavily and becomes faint, collapsing into Kawachi's arms after declaring him the winner. An ambulance is called, and he is rushed to hospital.

Bombay blood can only be inherited from parents who both have the type of blood. This leads both Ryou and the King to believe that Bolneze is in fact a blood relative of the King- his son.

The King, in his determination to make Bolneze survive, insists that he gives more blood to Bolneze. His brute strength makes it impossible for the medical team to stop this.

Meanwhile, the King and Bolneze make it to Heaven (or rather, the Carabet Bar). Bolneze doesn't know where he is, and the King invites him over. Shyly, the King enquires about Bolneze's abandonment, confirming the King's suspicions. As he is about to reveal that he is Bolneze's father, Bolneze interrupts, saying he doesn't need people like his parents who abandoned him and never came back, and insulting them. The King desperately tries to convince Bolneze that perhaps the parents couldn't help such a thing.

Bolneze becomes drunk and continues to badmouth his parents (still unaware that the King is his parent), but eventually the King stands up and announces that he is Bolneze's father. Initially, Bolneze thinks that the King is lying, but the King assures him that he never lies. Bolneze is caught in a tight embrace, and feels comforted, until he hears the King's heartbeat becoming fainter and fainter.

The hosts reveal to him that his father, who gave him the blood transfusions, will die, while he will live. Bolneze is only able to cry out 'father!' before he regains consciousness in the hospital bed. The King is pronounced dead.

In an attempt to hide his sorrow, Bolneze, as the new King-to-be, hosts a number of parties and wastes himself with alcohol. Kazuma and the others come, horrified at this. Kazuma promptly tells him try not to hide his true feelings, then promises him that he will take him back to heaven with a bread so delicious (even more than Japan #44) so he can meet his father again. This bread will be presented to him in the finals.

Pierrot first samples Shadow's bread, which is so delicious, sending him to Outer Space. He, suddenly a child again, rides a train with Kid, and then alights on the star/moon which his mother has supposedly become. He finally meets his mother, whose face is on the surface of the star. They talk, and Bolneze is happy. He discovers, with a shock, that he has 50,000 mothers on the star. This makes him even happier, but returns back to earth.

Azuma's bread takes a little longer to finish, but once eaten, Pierrot suddenly stops in his tracks.

He awakens on the King of Monaco's lap. The King is outraged and orders him off. A surprised Bolneze says that he's the King's son, but the King says that the only child he has is in his wife's stomach. Pierrot, realising something amiss, asks what year it is. From the King's response, he realises that he must have been sent into the past!

The Queen enters and asks what all the commotion is about, and the King points to Bolneze, proceeding to get the guards to throw him out. Pierrot quickly changes tack and impresses the King and Queen with his extensive clown skills, claiming that the King employed him to entertain the pregnant queen. He quickly earns himself the affection of the King and Queen and serves in the Palace in many ways (e.g. a gardener, advisor).

Bolneze notices the Queen has put on an incredible amount of weight. He realises that the reason the Queen may have died giving birth to him was because of the complications caused by being so overweight! He manages to convince the Queen not to eat so much, saying that 'the Prince is full' and 'the Prince likes a slimmer mom'. The Queen remarks that she feels that this is actually what the baby in her womb actually wants.

The King and Queen host a party. Afterwards in his room, Bolneze realises that he must return to the present soon. The Queen enters and tells Bolneze how proud she is of him, asking him to stay forever. He says unhappily that he can't; the Queen understands but asks him to at least stay until the baby is born.

The Queen leaves the room, and Bolneze contemplates his future unhappily. Then, he hears the Queen cry out in pain; he rushes to her and realises that her water has broken (even though the baby is not due). Calling out for help is futile as everyone is drunk, as is calling an ambulance (because it would take too long). Pierrot decides to carry her to the hospital himself.

He runs and runs, but parts of him are disappearing as his body is moving back to the present. He loses his energy and eventually disappears leaving the Queen on the floor.

Pierrot awakens in the present and discovers that both of his parents are with him in the finals! His mother reprimands him for being so silly while judging (he had stopped like stone statue and started crying). Pierrot had changed the past: his mother must have delivered him successfully. Also, his parents inform him that he needs to live up to the legendary clown, Pierrot's, standards. The King and Queen must have taken him to Quelbam Circus to grow up and be like Pierrot. Pierrot sadly notes that he must have grown up like a 'normal prince'.

Nevertheless, Pierrot is elated. He deems Azuma the winner, silently thanking him for making his wish come true.

Besides his cloning ability, when justifying why he is able to disqualify certain countries' breads, he states "because I am a clown (pierrot)!" and then defines specific abilities that world-class clowns possess. These include but are not limited to: 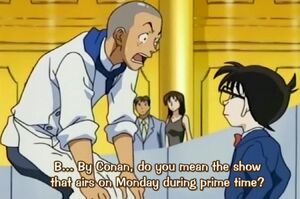 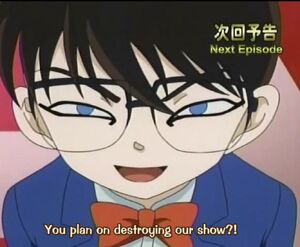 Add a photo to this gallery

Retrieved from "https://yakitate.fandom.com/wiki/Pierrot_Bolneze?oldid=6534"
Community content is available under CC-BY-SA unless otherwise noted.